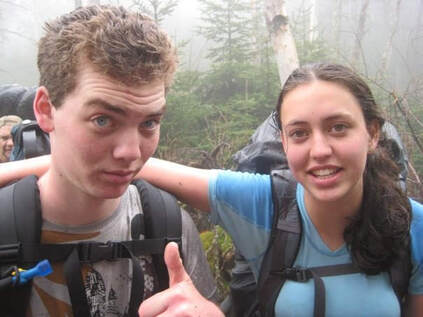 Kelsey McGlashan graduated from the North Branch School in 2008. He attended Middlebury High School where he participated in Cross Country and Nordic Skiing. He attended Worcester Polytechnic Institute and double majored in Electrical and Chemical engineering. There he started a running club and a ballroom dancing club. He was a Residential advisor and traveled to Thailand in his junior year to develop sustainable waste disposal for poor communities. He earned an M.A. in Electrical Engineering from WPI. For the last four years he has been employed at Eversource, the largest utility in New England, where he's an engineer on grid modernization projects. He stays busy biking, running, hiking, skiing, and meditating.

Of his time at the North Branch School, Kelsey writes:

I recall my time there fondly. I remember feeling valued. I remember the sweat, the grit of all the work that we accomplished, inside and outside of the building. I felt challenged as I learned how to not only think critically about characters in a book, but how to think critically of myself and the place I held or could hold, in this world. I felt challenged as I learned how to write about my world around me, analyzing the characters and the places in my life and what they meant to me. I remember feeling vulnerable. I felt relief as I learned how to allow my feelings to flow instead of bottling them inside, to create an open space for others to share their feelings as well. I felt relief as I learned that my peers were not much different from myself, and I could relate to them and connect with them.

I learned how to analyze — analyze myself, my feelings, my friends, and their feelings—analyze any situation good or bad. Being able to look at a problem from many different angles and find various solutions has been tremendously valuable to me in my life and in my career...

Largely, what made NBS so unique to me was allowing us, the awkward, smelly, loud, messy teenagers the space to work through our feelings and learn how to deal with them as we grew. There will always be subjects to learn in academia: historical facts and figures, equations to solve, exploding chemical experiments to save, but learning critically is made so much more difficult, often impossible without that space to digest and dissect our own feelings. Maslow's hierarchy of needs comes to mind here, and NBS helped this along in a number of ways. Ultimately for me, the key was how nearly half the day was always reserved for self and/or group discovery, whether that be through round-table, artistic expression, or otherwise.
Maxine Cromis, NBS Class of '15 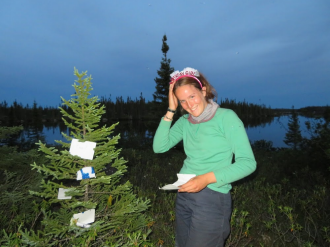 After high school Maxine traveled to France twice, visiting Bretagne, Versailles, Paris, Annecy, Lyon, ordered baguettes by the dozen and drank French wine.  She opened a Roth IRA, took a LNA course after graduating from high school early and worked at a nursing home for eight months where she learned about life and death.  Currently she lives with her older half-brother, who, she says, she clashes with on “politics, on-line dating, women’s rights/misogyny, etc...But he taught me how to snowboard, finance a vehicle, build credit, and cook swordfish." Currently she works at the Brown Butter Cookie Company and recently they sold cookies to Reese Witherspoon.

Of her time at the North Branch School, she remembers...

...Long conversations. Not letting any thought be of unimportance. Sticking with difficult feelings even when pretending they don’t exist can be easy. I remember spending lots of time outside, a lot of time breathing in fresh air, a lot of time appreciating nature and getting to explore. I remember the warmth of the sunshine on the  big room table. All the light that floods into the building. I remember thinking about what to say in morning meeting  on my way to school, and feeling awkward when you realized your knees were  touching the person next to you. I remember feeling really special. Feeling so proud to be part of NBS. Feeling   confident and heard and cared for by my peers. Feeling like I was magical. Like the words I had to say would be  held with respect and constructively criticized only because my peers wanted me to be my best self. I  remember writing scenes for the play, and laughing so hard with Merry and Juliette and Leeya. I remember science class when I fell off the slack line and hit my head. It started to bleed so Eric had to wrap my whole head with gauze and I looked like a zombie. I still sat in the back of the class taking notes.

On the topic of what was most important at NBS, Maxine says:

Personalized learning. Making each student feel like they have a place to be. That they are cared for and worthy of the space and time they take up. Part of that comes with the fact that there are so few students compared  to most schools, which allows for more of an individualistic approach to education. Also the sense of equality and  equity between peers and teachers. That there is no right way, and we are all here to learn from one another.  And the long lunches outside.  Twenty minute lunches is not a proper amount of time to eat and digest, nor is it a healthy way to approach and  appreciate the food you are given.

What has stayed with her?

I have noticed that the care for my emotional wellbeing beginning from such a young age through NBS has  allowed me to be more happy in my life. I am able to decipher what’s going on inside my head to some extent. I am able to search through all the stuff in there to find what it is that’s tweaking.   My ability to cherish my individuality has stuck with me. To allow myself room to grow and  change. My strong sense of self  has stuck with me. My ability to be at ease with just hanging out with me, Maxine, and loving it! When all else falls away, I have a strong relationship with who I am. 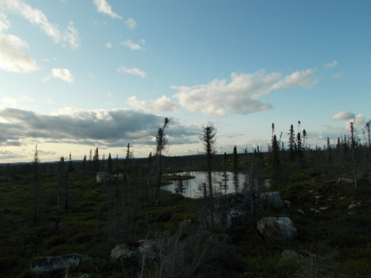 Scene from Maxine's most recent adventure in Northern Quebec